Morghew Park Estate is home to a wide variety of plants and animals, both common and uncommon. The 2000 acre Estate is comprised of a range of habitats, from the traditional Wealden uplands (small fields, hawthorn hedges and oak trees) down to classic marshland (larger fields, dykes and willow beds). These, as well as approximately 200 acres of mature and ancient woodland, provide perfect conditions for some of our favourite creatures, browse the gallery below to meet some of our wild residents.

'Sparrow-sized but slim with a long, deeply notched tail, the male has a black head, white collar and a drooping moustache. Females and winter males have a streaked head. In flight the tail looks black with broad, white edges.

Reed buntings are predominantly a farmland and wetland bird. Typically found in wet vegetation but has recently spread into farmland and, in winter, into gardens. When singing the male usually perched on top of a bush, or reed' (RSPB, 2021). 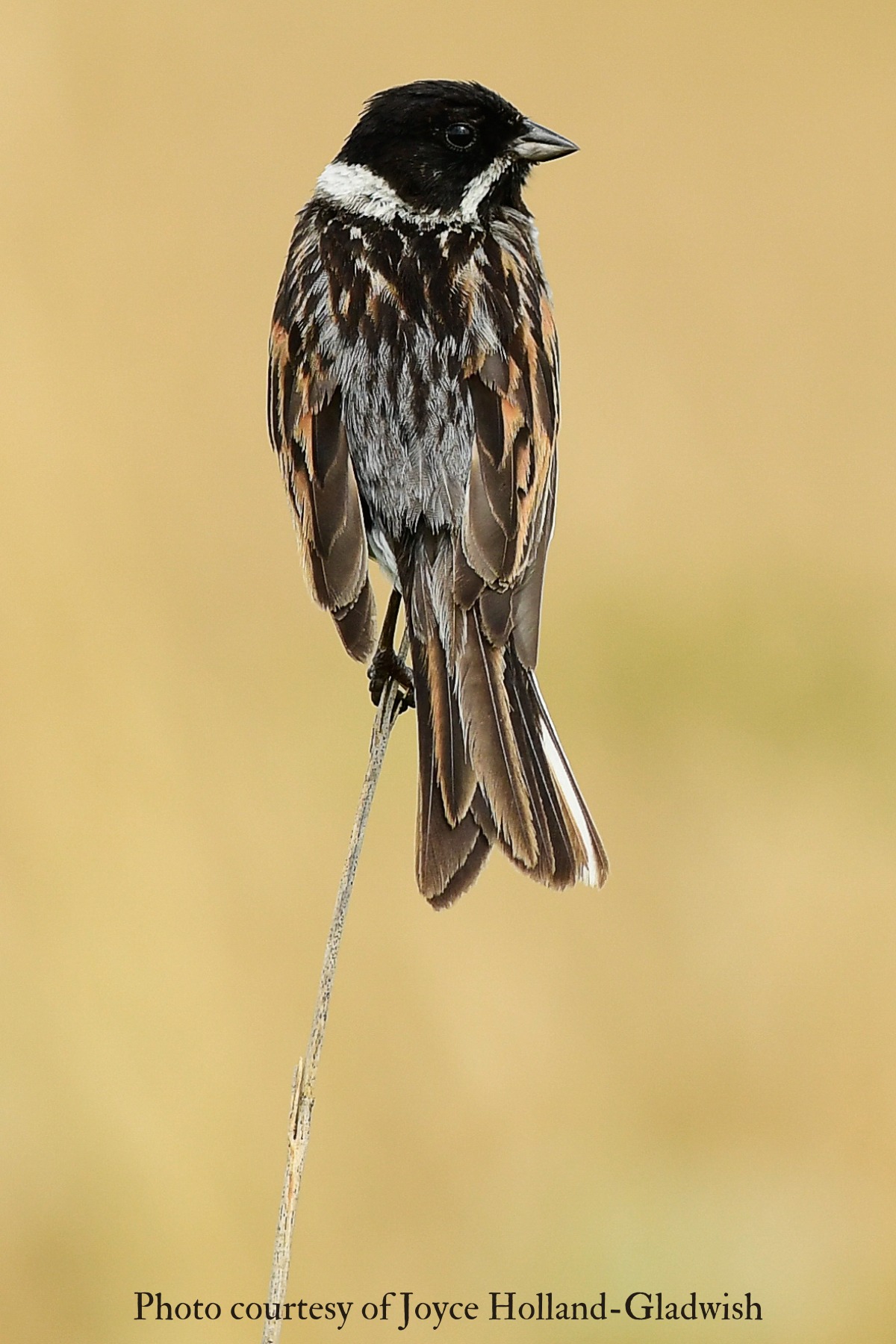 'The largest of the harriers, the marsh harrier can be recognised by its long tail and light flight with wings held in a shallow 'V'. It is distinguishable from other harriers by its larger size, heavier build, broader wings and absence of white on the rump. Females are larger than males and have obvious creamy heads.

Its future in the UK is now more secure than at any time during the last century, but historical declines and subsequent recovery means it is an Amber List species. Marsh harriers are a Schedule 1 listed bird on The Wildlife and Countryside Act.

[They] are mainly found in eastern and south-east England, with some in the north-west, south-west and Scotland. They can be seen over reedbeds and marshes, as well as farmland near wetlands' (RSPB, 2021). 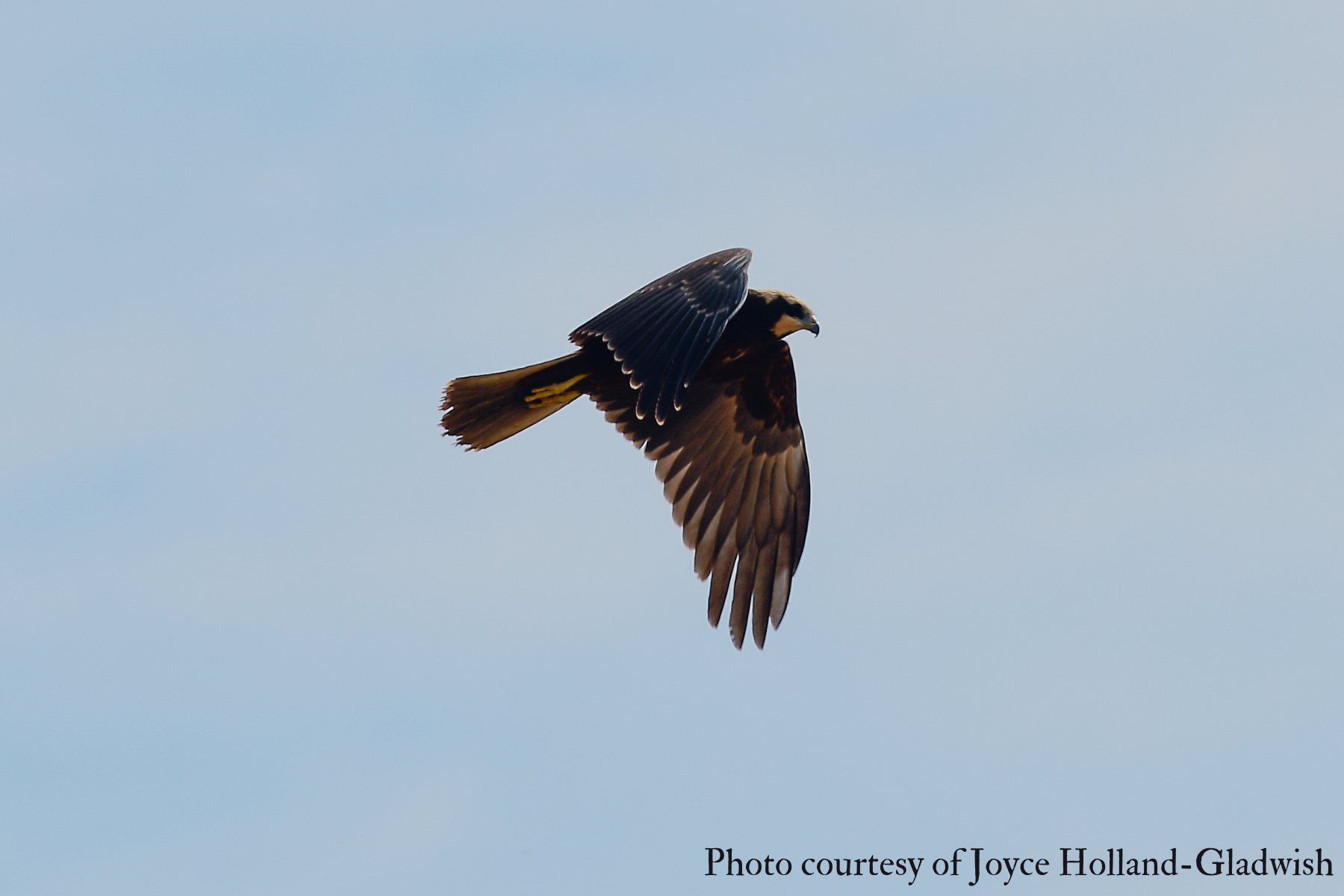 'Although they are the most colourful of the crow family, jays are actually quite difficult to see. They are shy woodland birds, rarely moving far from cover. The screaming call usually lets you know a jay is nearby and it is usually given when a bird is on the move, so watch for a bird flying between the trees with its distinctive flash of white on the rump. Jays are famous for their acorn feeding habits and in the autumn you may see them burying acorns for retrieving later in the winter.

You can find Jays across most of the UK, except northern Scotland. Lives in both deciduous and coniferous woodland, parks and mature gardens... Often seen flying across a woodland glade giving its screeching call, it becomes more obvious in autumn when it may fly some distance in the open in search of acorns' (RSPB, 2021). 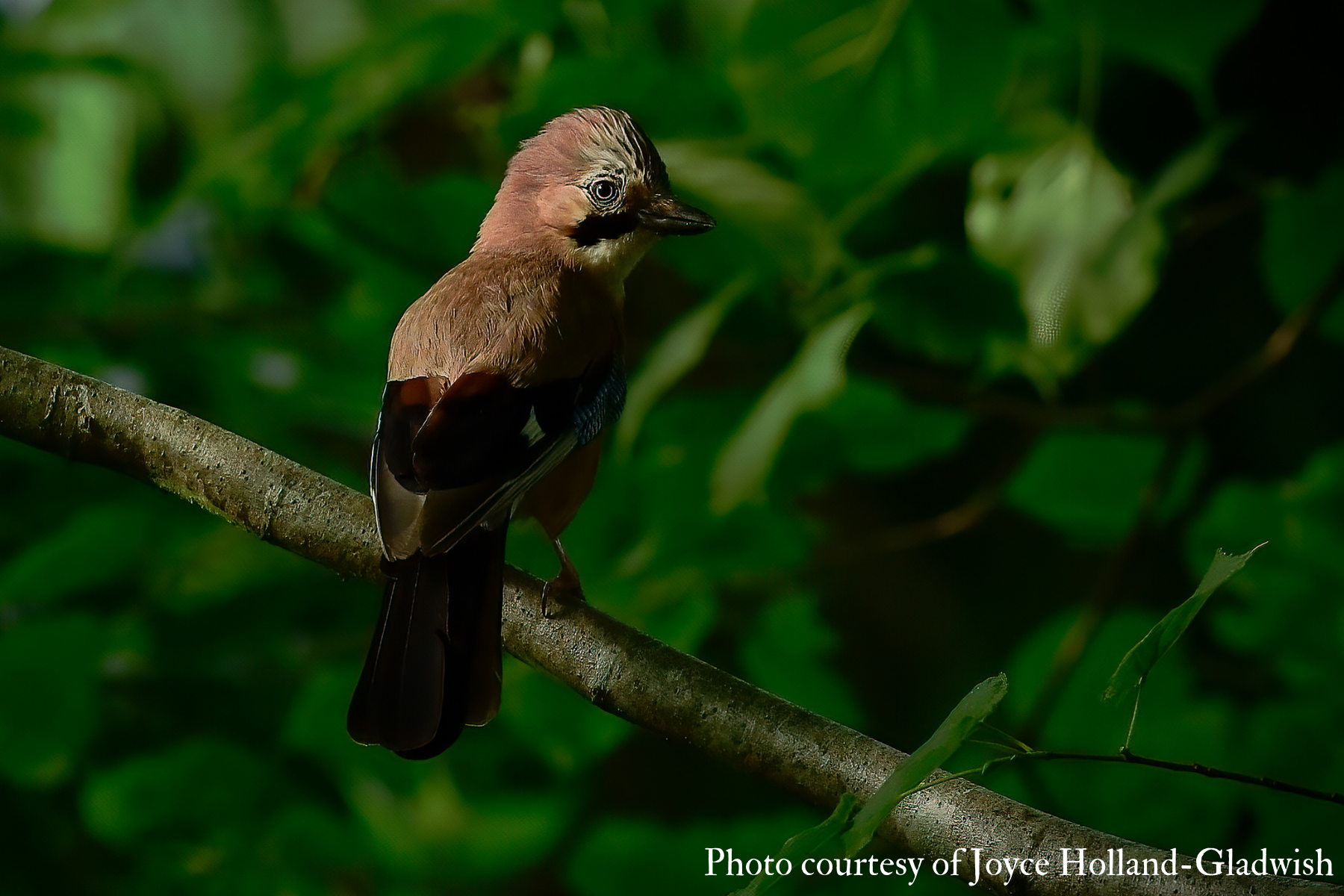 The Early Purple Orchid 'adapts to a variety of habitats and can be found in hay meadows, woodland and often on roadside verges. It occurs mostly on non-acidic soils, and is also found in ancient woodland (especially coppice), chalk downland, grassy banks, limestone pavements and cliff-top grassland. It is widely distributed across the UK and Ireland. The Early Purple Orchid was once a common plant, found in a variety of habitats. Sadly, these have also been places where urban development and modern farming methods have taken their toll. Although it is still found at sites throughout the UK it is by no means as abundant as it once was' (Plantlife, 2021). 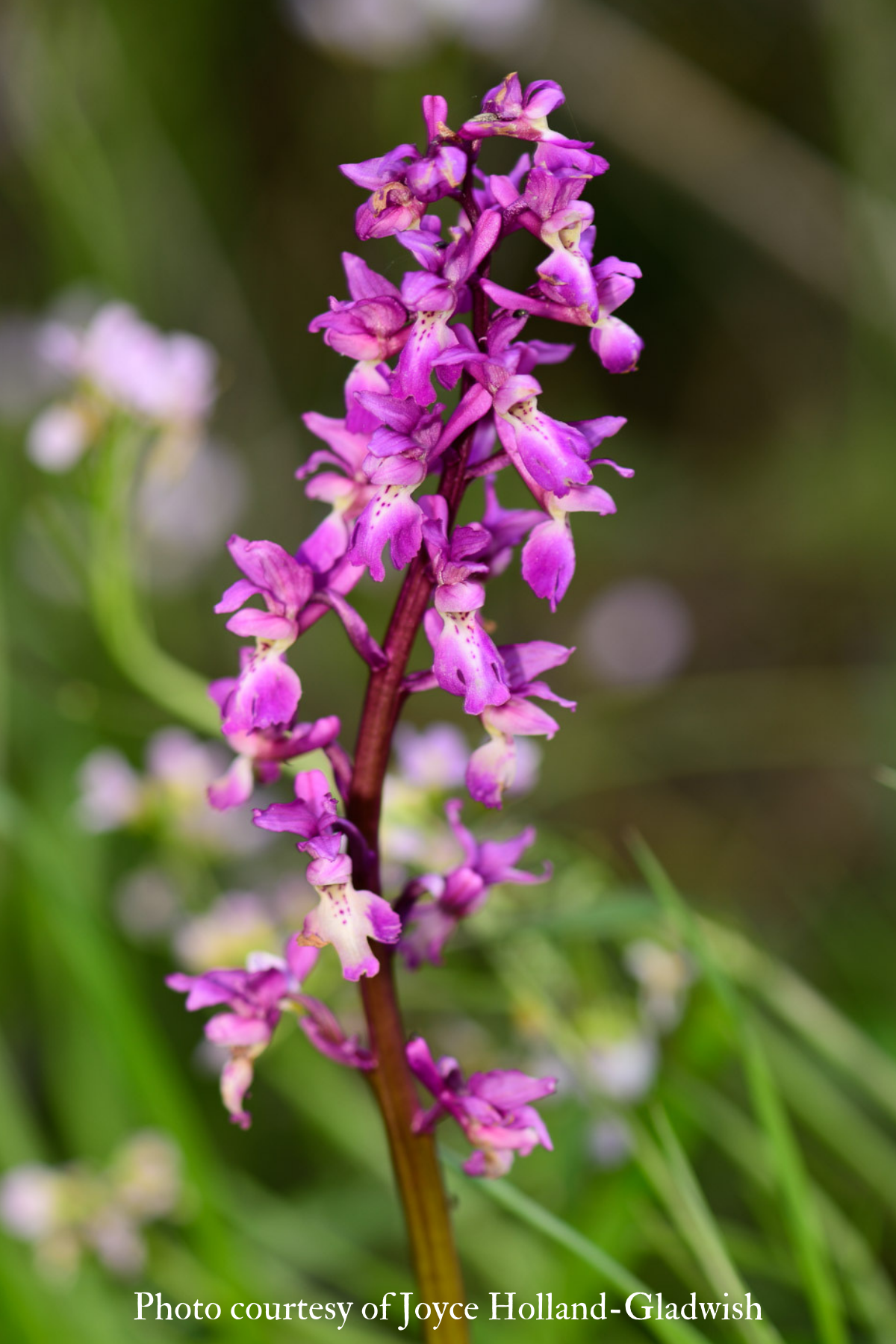 'The yellow wagtail is a small, graceful, yellow and green bird, with a medium-length tail and slender black legs. It spends much time walking or running in the ground. As its name implies, it wags its tail from time to time.

It is a summer visitor, migrating to winter in Africa. It breeds in a variety of habitats in the UK, including arable farmland, wet pastures and upland hay meadows. Serious declines in breeding numbers across all of these habitats place the yellow wagtail on the red list of birds of conservation concern' (RSPB, 2021). 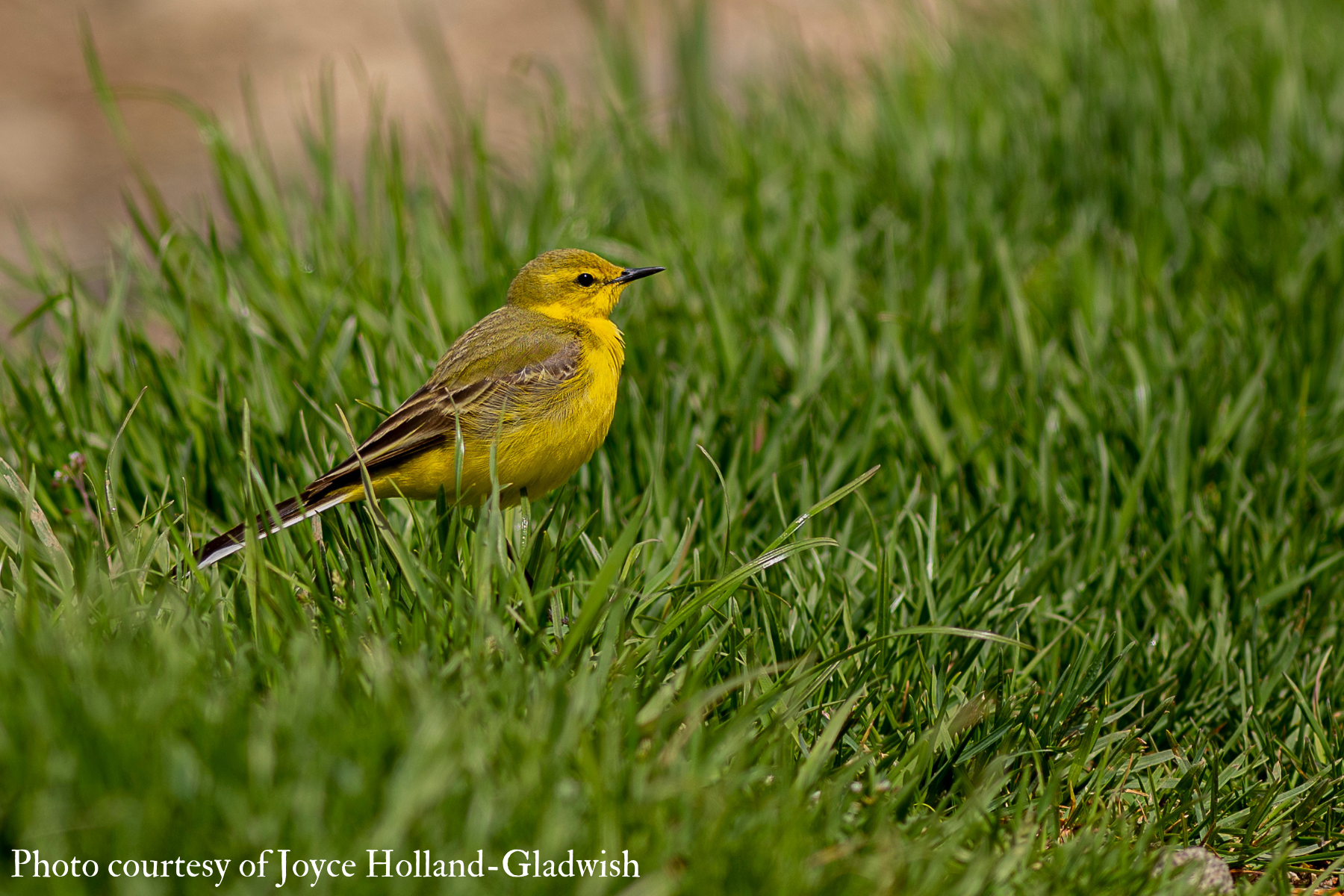