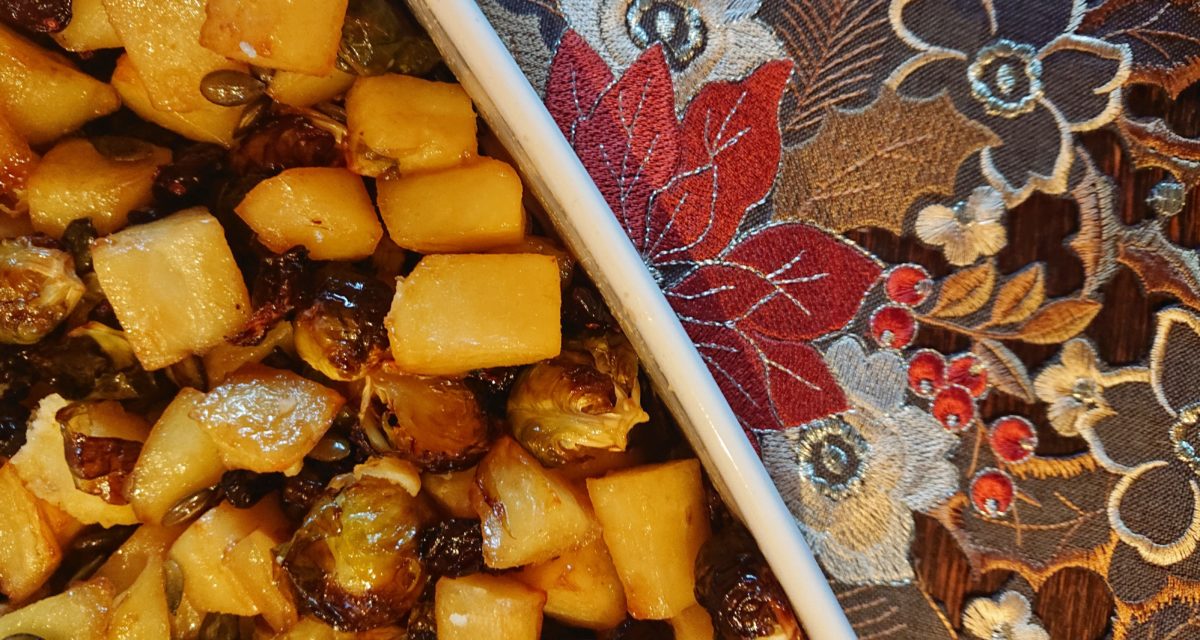 Canadian Thanksgiving falls on the second Monday of October every year (this year it will be next Monday, 8th October). It has been recorded as actually pre-dating the celebrations of their American neighbours, with the first suggestion of a Thanksgiving meal being recorded in 1578.

Whilst the reasons for Thanksgiving have shifted over the years (from celebrating surviving perilous Arctic expeditions to trying to keep spirits high as winter approaches) the motivation behind it has remained the same; giving thanks for what we have. It is now most commonly associated with giving thanks for bountiful harvests and is marked with a family gathering that is generally quieter than American celebrations. It is more focussed on enjoying the last of the milder weather before winter begins.

With this in mind we’ve put together a recipe to celebrate the end of our harvest and tie into the festivities. Using Yukon Gold potatoes, a traditional Canadian variety synonymous with this holiday, cooked in sweet, nutty rapeseed oil and glazed with earthy maple syrup this makes the perfect accompaniment to Thanksgiving turkey or your favourite Sunday roast.

For the potatoes:
Peel the potatoes and roughly cut into 1cm cubes.
Place in a bowl with 3tbsps of maple syrup and a drizzle of oil and coat evenly.
Transfer to a roasting tray and spread evenly to create a single layer of potato cubes and place in the oven.
These will need about 50 minutes (depending on how you like your roasties finished). Check them partway through cooking to turn over and mix with the settled glaze.

For the sprouts:
Prepare the sprouts by cutting their bases and removing the outermost leaves before cutting in half.
Mix in a bowl with a drizzle of oil and salt to season.
Arrange on a roasting tray so the cut sides are facing down and pop in the oven.
After 20 minutes check the sprouts and turn over to crisp up the cut surface. Return to the oven for a further 15 minutes.

For the garnish:
Spread the pumpkin seeds and cranberries on a tray and bake in the oven for the last 15 minutes.

Assembly:
Place the potatoes, sprouts, pumpkin seeds and cranberries in a bowl and carefully mix together.
You can add an extra drizzle of maple syrup here if you would like to make the dish sweeter.
Serve and enjoy!